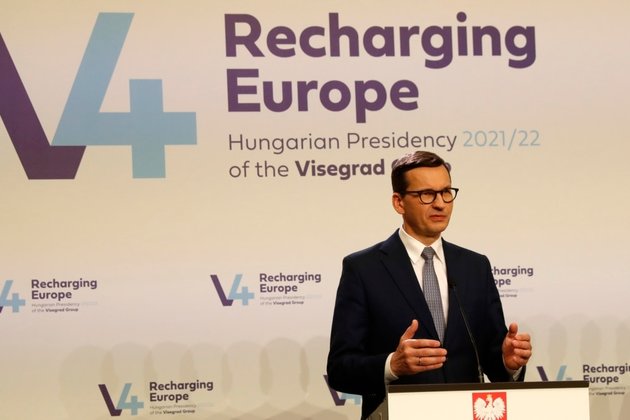 Polish Prime Minister Mateusz Morawiecki said Tuesday diplomatic efforts with Turkey, middle eastern nations and others have helped ease the situation at the Polish border with Belarus, but he said there are also signs the crisis "will not come to swift end."

For weeks, Poland and the European Union have accused the government of Belarusian President Alexander Lukashenko of "weaponizing" migrants, largely from Africa, the Middle East and Afghanistan, by inviting them to enter Belarus and taking them to the Polish border, sometimes by force.

Polish and Euro ((pean Union leaders believe the action is "pay back" by Lukashenko for sanctions the bloc imposed over human rights violations during last year's Belarus presidential elections. The leader denies the allegations.

But Morawiecki, speaking in Hungary following a meeting with three central European leaders, said discussions he and his government have had with leaders in Turkey, the Middle East and Uzebekistan have reduced the numbers of migrants at the Polish-Belarusian border.

Migrant rest inside a logistics center at the checkpoint 'Kuznitsa' at the Belarus-Poland border near Grodno, Belarus, Nov. 23, 2021.

The Polish prime minister said the migrant numbers are "a lot smaller than at the peak of migrant arrivals around a month ago, or two or three weeks ago. It is very important because it is the first step toward mitigating the crisis started by Belarus.'

Morawiecki was in Hungary for a meeting with Hungarian Prime Minister Viktor Orban and Czech Prime Minister Andrej Babis, representing, along with Slovakia, the central European Visegrad Four countries.

Morawiecki said he and his Czech and Hungarian counterparts discussed the situation with Belarus and the two leaders expressed their solidarity with Poland.

The Polish prime minister said, despite the drop in migrant numbers, there are many signs indicating the crisis with Belarus "will not come to a swift end."

He said that is why Poland and his EU partners have initiated a widespread diplomatic and political campaign within Europe and in the Middle East and Central Asia "to ensure that this crisis does not escalate.'

Some information for this report was provided by The Associated Press, and Reuters, and Agence France-Presse.