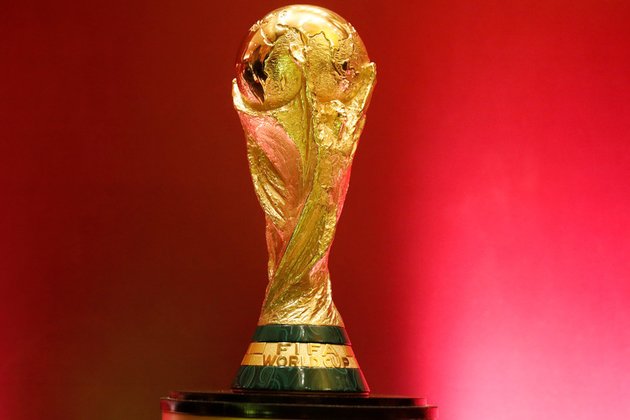 Russia are one of 12 teams in the World Cup play-off draw on Friday. Here's how they could reach the finals in Qatar in 2022.

After missing out on automatic qualification in agonizing fashion earlier this month, Russia are two matches away from a place at the showpiece next winter via the play-offs.

Securing a place at a third successive World Cup could require an encounter with Cristiano Ronaldo and Bruno Fernandes or the relatively straightforward prospect of two home wins against sides ranked below Russia.

How did Russia get here?

You could argue that Russia were very unlucky not to have qualified outright for the 2022 World Cup, having been nine minutes of normal time away from doing so courtesy of the 0-0 draw they were on course for in Croatia in their final qualification match.

As it was, ill-fated veteran defender Fyodor Kudryashov, who appeared to be carrying an injury, was unable to shift his feet quickly enough to prevent himself from inadvertently diverting a desperate-looking late Croatia cross into his own net.

That came at the end of a gutsy performance by Russia in the backyard of the 2018 World Cup finalists on a near-waterlogged pitch, although critics would contest that Valeri Karpin's side deserved defeat after spending the entire game defending.

Karpin himself suggested that Russia showed a lack of courage and ambition to keep the ball and attack, but even that was perhaps forgivable considering how much was at stake, the quality of the opposition and the dreadful conditions.

In any case, a place in the play-offs was a consolatory reward for a spirited effort and a result that was tough to take.

Who are the teams in the draw?

There are 12 teams in the draw, made up of Russia and nine other nations who also finished as runners-up in their groups. Two more, Austria and the Czech Republic, are in because of their overall UEFA Nations League rankings for 2020/21.

Two huge heavyweights are involved: EURO 2020 winners Italy should have qualified comfortably but contrived to finish two points behind Switzerland via two draws with the group winners and a goalless stalemate at minnows Northern Ireland.

The team Italy succeeded as EURO winners, Portugal, missed out in even more dramatic circumstances, suffering an unlikely defeat at home to Serbia in a winner-takes-all group-stage finale that left Cristiano Ronaldo in tears after his side spurned an early lead and lost to a 90th-minute winner in Lisbon earlier this month.

How does the draw work?

There are three paths: A, B and C. Each path comprises two semi-finals that will be drawn, with the winners in each path playing a final against the other winning team allocated to that path.

All of the ties are one-legged, with the teams from Pot 1 playing at home in the semi-finals. The Pot 1 teams are Russia, Italy, Portugal, Scotland, Sweden and Wales. The Pot 2 teams are Austria, Czech Republic, North Macedonia, Poland, Turkey and Ukraine.

At the same time as the draw for the paths and semifinals is made, a draw will decide which of the semifinal tie winners will play at home in the final of their path. Certain teams cannot be drawn against each other, including Russia and Ukraine.

What are Russia's chances?

Playing at home in the semfinal against a team from Pot 2 should give Russia a considerable advantage. They cannot face Italy, Portugal or the other two teams from the contenders ranked inside the top 20, Sweden and Wales, at that stage.

Poland are the highest-ranked team they could host, sitting seven places above Russia in 27th, but Paulo Sousa's side tanked at EURO 2020 and hardly dazzled in qualifying despite having Champions League-winning goal machine Robert Lewandowski within their ranks, losing their final fixture at home to Hungary as they finished six points behind winners England.

Russia are unbeaten in eight games as hosts and have scored nine times without reply in four home games since Karpin took over after their underwhelming EURO campaign.

That record is heavily embellished, though, by wins against the whipping boys of their qualifying group: 6-0 over Cyprus and 2-0 over Malta.

While the figures look promising, Russia could realistically be described as on-par and unproven under Karpin so far. Their real test is likely to come in a potential final.

What's the best-case draw for Russia?

There can be no denying that North Macedonia are by far the weakest team on paper in the draw.

Their 67th-placed ranking means they are a chasmic 30 spots below next-nearest play-off hopefuls Turkey, making their win over Iceland in their final game to reach this stage all the more impressive. They have not scored a goal on the way to losing all four of their matches against Russia in their history.

There would probably be equal confidence on both sides were Russia to be drawn against any of their other possible opponents in Pot 2, in which case you would expect being at home to make them favorites.

Russia must also hope they are drawn at home for their potential final and that it is against a weaker side: either a Pot 2 contender causing an upset or Scotland from Pot 1, although a final against Sweden or Wales could also inspire belief.

And the worst-case draw?

Underdog motivation aside, no Russia fan will want to see Italy or Portugal on their path to the promised land.

Quite apart from the abundant quality within their ranks, the two giants of European football are likely to have fire in their bellies after the ignominy of missing out on automatic qualification and be intent on earning what they will see as their rightful place at the top table.

Russia would face a test of a far stiffer nature than they did in Croatia were they to draw either of those teams, and there would be scant cause for optimism given the thrashings they endured against comparable countries Belgium and Denmark this summer.

What will happen if Russia reach the World Cup?

The move to replace Stanislav Cherchesov, who led Russia to the quarterfinals of the 2018 finals, with Karpin in July will seem vindicated if Russia can come through a tough qualification challenge.

They might not have been expected to shine at EURO 2020, but going out with a whimper to the Danes and finishing with a goal difference of minus five suggested a side in decline, and prising Karpin away from Rostov quickly led to a purported clean sweep.

Karpin will be expected to oversee a better show than Russia put on in the summer, and will undoubtedly be buoyed by winning the play-offs and entering his first tournament as an international manager, having played at the 1994 and 2002 editions of the World Cup.

Russia have not reached the knockout stage of the tournament in four attempts away from home soil, stretching back to 1986 and featuring just three wins along the way..

What's the situation if Russia don't make it?

That would probably depend on the manner of their exit from the play-offs, as a narrow exit to the big two would probably be perceived very differently to, say, a limp defeat to a Pot 2 team.

Karpin's approach so far has been viewed as pragmatic - ousting former captain Artem Dzyuba while still turning to players widely thought to be past their best, ceding 74 percent of possession to Slovakia while winning 1-0 at home - but that could be regarded as conservative rigidity without results to show for it.

Karpin has a contract until the end of the World Cup campaign, which suggests he will need to guide Russia to tangible progress at the finals in order to be sure of keeping his job.

Beyond those immediate concerns, Russia would have something to look forward to in the form of the draw for EURO 2024 qualifying, which will take place in October 2022 to decide which countries will face each other on the road to the finals in Germany.

When are the play-offs and when is the 2022 World Cup?

The draw will be held at 5pm CET on Friday 26 November.

Russia will be at home in the semifinals on 24 March 2022. Should they win, they will be in a final five days later, on 29 March.

The finals in Qatar are expected to take place from 21 November until 18 December 200, with the finals draw held the previous April.