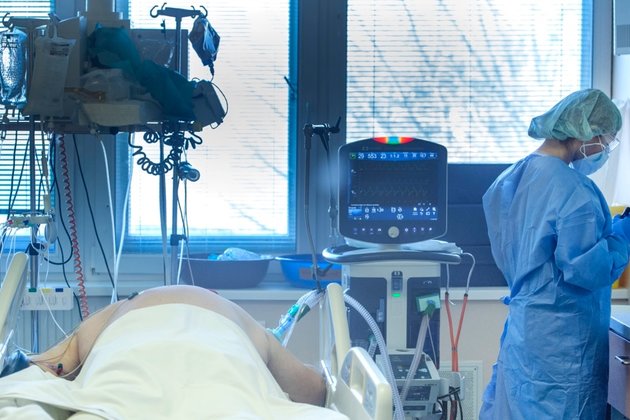 Slovakia, the Czech Republic and Hungary, all of which have vaccine rates below 60%, hit new highs for infection rates Wednesday.

In the face of surging cases, the European Center for Disease Prevention and Control, or ECDC, shifted its booster policy and is now recommending shots for adults over 40.

'Available evidence emerging from Israel and Britain shows a significant increase in protection against infection and severe disease following a booster dose in all age groups in the short term,' the ECDC said in a report published Wednesday.

'The potential burden of disease in the EU/EEA from the Delta variant will be very high in December and January unless public health measures are applied now in combination with continued efforts to increase vaccine uptake in the total population,' it said in a statement.

Slovakian officials are weighing new lockdowns, and in the Czech Republic, officials may impose vaccine mandates on people over the age of 60 as well as on health care workers. Hungarian officials have argued against lockdowns but are encouraging people to get vaccinated.

Austria has imposed a strict lockdown and plans to make vaccines mandatory by February 1.

Some parts of Germany also are restricting movement in the face of spiking cases.

France, Holland and Italy are all expected to announce new steps to curb the spread later this week.

COVID-19 emerged from China two years ago and has killed 5.4 million globally.

Some information in this report comes from Reuters and Agence France-Presse.