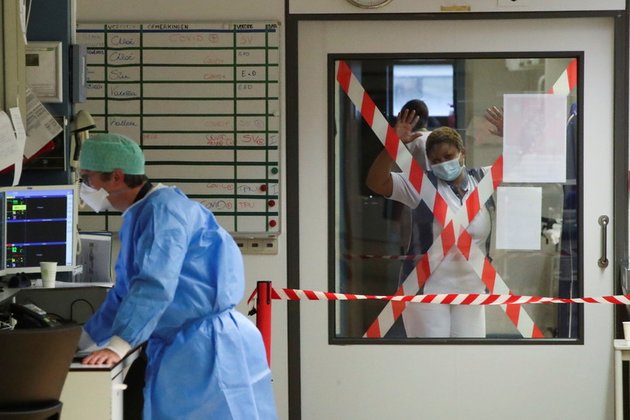 Belgium's prime minister has warned that the coronavirus facing the world today is very different from the one that appeared in Wuhan two years ago, claiming it is three times more contagious than the original strain.

Speaking on Friday, Belgian Prime Minister Alexander De Croo told a press conference that the latest wave of coronavirus should be called Covid-21, as panic over the 'Nu' variant grips Europe.

De Croo was speaking as Belgian scientists investigated two samples of Covid-19 which were believed to be the new B.1.1.529. Shortly after De Croo's comments, virologist Marc Van Ranst confirmed that one of the samples was the variant first found in Botswana. The patient had returned from Egypt on Monday.

The strain, which is expected to be named after the Greek letter 'Nu', was first identified in samples taken in Botswana on November 11 and is believed to have spread widely across southern Africa.

The variant is known to have 32 mutations to the spike protein, which could allow the pathogen to evade vaccine-induced immunity. The UK Health Security Agency (UKHSA) has described the variant as "the worst one we've seen so far."

The Belgian prime minister also announced a new range of Covid-19 measures to tame the spread of a deadly fourth wave of the virus. The restrictions include the closure of nightclubs and dance halls for a period of three weeks, as well as the prohibition of private parties. Hospitality will be forced to close at 11pm, while restaurants will be limited to a maximum of six people per table.

"We are trying to make sure that everyone can continue to see each other. We can still go out to bars or restaurants, there can still be activities, but it has to be done safely," De Croo added.

To date, the fourth wave has been driven by the highly contagious Delta variant, which first emerged in India. Belgium has never had more infections than it does today, the prime minister noted.